Liver cancer is cancer that starts in the liver, and can spread to other organs in the body. This condition occurs when a compilation of cells in the liver mutates and forms tumors.

The liver is one of the organs in the body that has many important functions. Among other things to cleanse the blood of poisons and harmful substances such as alcohol and drugs, produce bile which helps digest nutrients for the body such as fat, and control blood clotting. 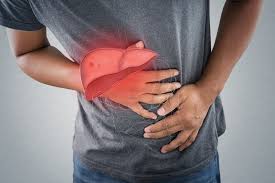 Liver cancer is one of the five types of cancer that most cause death. Based on 2015 WHO research, liver cancer is responsible for more than 700,000 deaths, out of 9 million cancer deaths.

Whereas secondary liver cancer is cancer that grows in other organs, then spreads to the liver (metastasis). Cancer from other organs can spread to the liver, but the most common are stomach cancer, colon cancer, lung cancer, and breast cancer.

Just like other types of cancer, liver cancer is also divided into several stages or stages. This division explains the size and extent of cancer spread. That is, the higher the stage experienced, the more widespread the spread of cancer in a person.

There is one tumor measuring less than 5 cm, or there are 2-3 tumors with a size less than 3 cm. Liver function is still normal or very minimal if disturbed.

There are several large tumors in the liver, but it has not disrupted liver function. The patient's general condition is still good.

The cancer has spread to blood vessels, lymph nodes, or other body organs. At this stage, the patient's condition begins to deteriorate, but the liver still functions.

Liver cancer is accompanied by a deteriorating physical condition of the patient and impaired function of the liver, regardless of tumor size.

Symptoms of liver cancer often only appear at an advanced stage. Generally, symptoms that appear include:

Liver cancer can affect anyone, but it is more likely to occur in people with liver disease and HIV / AIDS, someone who is exposed to chemicals, or in patients undergoing radiation therapy and surgical removal of the gallbladder.

Treatment of liver cancer includes the provision of medicines, radiation therapy, to liver transplants. The choice of method depends on the patient's condition, as well as the stage of the cancer. Some treatment options that can be done include:

Liver cancer can be prevented, including by having safe sex and reducing alcohol consumption.